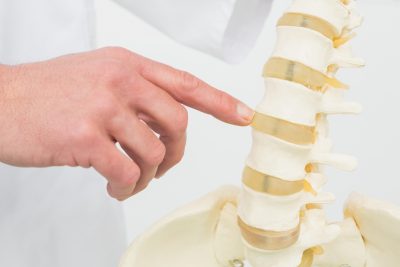 It might surprise you to know that osteopathy is the fastest growing health profession in Australia, according to the latest research. This finding comes from the Private Health Insurance Administration Council or PHIAC, which gathers information based on where people are making claims against their health insurance.

PHIAC’s data is from June 2012, so it is over 4 year’s old and more up to date research is needed, but nonetheless it shows a steep 48% rise in the number of people choosing to visit an osteopath between 2010 and 2012. This is a much bigger increase than the 11% and 7% for chiropractors and physios in the same period.

Data shows the growth of osteopathy goes back further

What’s more, the data goes back further to 2005 and shows the rise of osteopathy in Australia is no flash-in-a-pan trend. In the six year period between 2005 and 2011, osteopathic treatments across the country grew at a rate of 270%. In the same period, the number of treatments by chiropractors, physiotherapists, acupuncturists, podiatrists and the like grew at significantly smaller rate.

Osteopathy is on the rise globally too

In further research from 2012, the Osteopathic International Alliance found that the rise of osteopathy was a global trend too. The survey found there were approximately 43,000 osteopaths worldwide, nearly triple the number a decade ago. The countries with the largest number are France, Germany, Italy, UK, Australia, Belgium and Canada, which together accounted for almost 38,000 practitioners. Given that Osteopathy Australia data showed there were 1,837 registered osteopaths in 2013, it would be safe to assume this number has increased since then. I have increased the numbers by one, by moving to work here myself!

So what is behind this rapid increase in popularity?

The answer might come from the Osteopathic International Alliance who say “to date, the role of the osteopathic profession has not been effectively communicated to a wider audience; including how and where osteopathic treatment is used by patients within the overall delivery of healthcare”. In short, I think more and more Australians have been learning that osteopathy isn’t limited to just treating back and neck pain.

This is certainly my experience in practice. Barely a week goes by where I don’t see a new patient who is experiencing osteopathic treatment for the first time. I think the trend is set to continue as word of mouth spreads the good results osteopathic treatment can bring and more doctors refer patients to see us.

Osteopathy is being practised in every continent except Antarctica. Over 50,000 Aussies are seeing an osteopath every week (according to Osteopathy Australia). Come and see how the fastest growing health profession in Australia could help you on the road to recovery. Make an appointment today at The Willow Clinic.